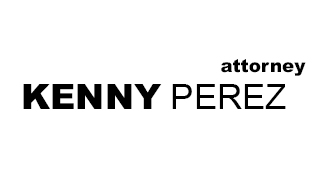 Kenny was raised in Port Isabel, Texas, a small fishing community in South Texas. He was raised by a family of off-shore workers from whom he learned the value of hard work and discipline. Kenny received his Bachelors in Business Administration from the University of Texas in San Antonio. While enrolled at UTSA, Kenny was involved in several student body organizations, ultimately becoming Student Body President and Student of the Year in 2012. After college, Kenny worked for one of the largest banks in the nation specializing in loan analysis and advising business clients on loans and business risk mitigation. Kenny's passion for service led him to pursue a law degree at South Texas College of Law Houston. While in law school, Kenny worked for the Harris County District Attorney's Office. His experience at the DA's office led him to receive the Best Oralist award in the highly regarded trial advocacy program as well as the V&E Public Sector Scholarship. Kenny applies both his work ethic and his technical background to represent injured clients in personal injury cases. When not practicing law, Kenny enjoys spending time with his family or on the water, fishing.

The Best Choices in One Place